This one drives me crazy but it’s pretty cool and convenient. It drives me crazy because all but one (the one I ended up in) of the houses and apartments I looked at didn’t have an oven. The only option available to the home cooks in Japan is the fish grill! I mean, yeah, I want to experience Japanese life and culture but I can’t roast a chicken or practice baking a cake in a fish grill! I’m sorry, a fish grill is comparable to a broiler. It’s a small tray that slides out, equipped with a rack. Once you slide it back in, flames hover within 2 inches of your food items. I’ve used mine for fish once and some other things I’ll tell you about in another post. But I also have a convection oven that can be used as a microwave. I love it. Definitely to come on this topic.

When I got here, I traded in my black leather bifold wallet for a cloth bifold that I found in the 100 yen shop (spout the equivalent of our American dollar store but the price never exceed 100 yen and the quality is impressive) with a change pouched attached. It’s much bigger than my leather wallet- because it has to be. I’m not one overly concerned with fashion or style; I just didn’t like the bigger Japanese bills hanging out and getting crushed in my pocket. Plus- you can’t avoid change. The money goes like this:

I don’t see bills bigger than those but they probably exist.

At most registers, you’ll see a coin tray. In most places of business, money isn’t exchanged from hand to hand- rather it is deposited and retrieved from the tray. May have something to do with the number of coins you have to sort through but I think it’s more about respect for the money. 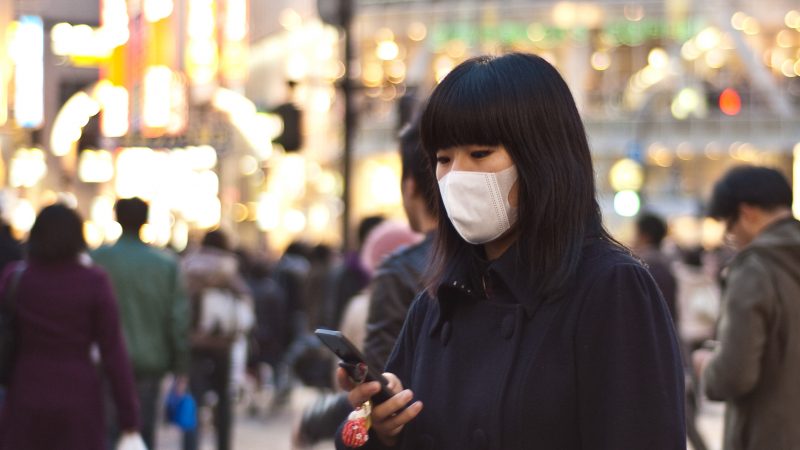 And then there’s the face mask. Take a walk down any steer or alley with anybody other than yourself and you’ll see at least one face mask. I’ve heard a number of reasons but the one I’m most commonly aware of is preventing the spread of sickness or avoiding becoming sick. I get the feeling that some people just hide behind the mask though.

Ah yes the toilet! Not something we usually rejoice in but we don’t usually hand the numbers on a HEATED seats. You wake up in the middle of the night, tossing and turning until the streams flush you out of bed- or maybe after you’ve snoozed your alarm clock for the last time. You peel the covers back awakened as the cold kisses your skin. Feet hit the ground and you stumble to the toilet, frightened by the chilled tile that awaits you. Get over it! Throw a rug over it! And sit your bit down! Because the seats here are heated, and they feel good! And they’re equipped with bidet and message functions that I have yet to use. A faucet is affixed to the top of most, allowing you to wash your hands and fill the tank at the same time- but the water’s cold.

I’ve been making it my mission since my return to get out and LIVE! To explore and see the Japan that surrounds me and more and it’s been good. Don’t worry. We’ll talk. See you next Monday! Until then, you know where to find me! Facebook or Twitter @ChefTasteBud.

The pictures above have been borrowed from the sites in their captions. I say borrowed because I think that over time, I’ll successfully upload my own. But maybe I won’t.