A way of life. Learned behavior. Social norms. The text defines culture as “the world made meaningful.” (Baran, 2014, p. 9) Culture is the way in which a group of people define or interpret the world around them. In the book The Making of a Chef, Michael Ruhlman defines the world around chefs. The original publication of the book in 1997 was supported by the rise of interest in the culinary arts.

There was a time were cooks were just the ones doing the dirty work that no one else wanted to do, banished to the cellar. But by the time, Ruhlman put pen to paper, they were on pedestals. Thanks to food programs on television and other publicity the industry enjoyed, success in the field of culinary arts became something admirable. Parents were no longer having to battle the shame of telling friends that their child worked in a restaurant rather than becoming a doctor or lawyer. (Ruhlman 2009). People in and out of the kitchen had grown intrigued to know the ins and outs of the culinary world, and Michael Ruhlman entered the Culinary Institute of America, the most prestigious school in the country, to show them. A walk through the schools halls are testament to the accuracy and artistry of the author. 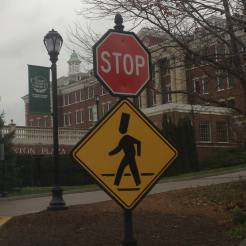 The book lives on, remaining on the suggested reading list of the CIA. But it was followed by a series of two others. It launched Ruhlman’s writing career into the genre of food writing. He’s since published recipe books and philosophical food narratives. Lines of those enrolling in culinary school have grown longer, thanks to the lines of his text. I think it fair to say he is a contemporary pioneer of food journalism, adding momentum to an already rolling boulder. Of no direct correlation, in 2000, Anthony Bourdain, host of CNN television series Parts Unknown, published Kitchen Confidential: Adventures in the Culinary Underbelly, revealing the culture behind the restaurant kitchen’s swinging doors, another bound- or co- or sub-culture. The book eventually ignited his television career, exploring the world through its food- perhaps the first such publication of its kind. The pot is boiling over! 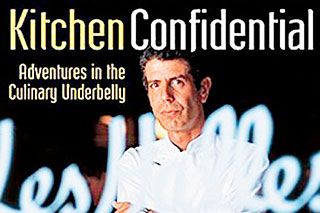 Ruhlman, M. (2009). Introduction, The making of a chef: Mastering the heat at the culinary institute of america. New York: St. Martin’s Griffin.