Disclaimer: This post has nothing to do with Steph Curry, other than his name, and the irony that his participation, with Golden State, in the NBA Finals, coincides with the golden curries featured at Yokosuka Curry Festival weekend. But the first results on an image search on Google.com yields the results to the left. But, as you know, there’s more to curry.

Curry in Japan is a much bigger deal than I would ever have imagined. First thoughts of the culinary scene in Japan usually bring to mind such foods as sushi or ramen, especially before curry; but a trip to the East Asian county will change that, curry being just as readily available as they other two if not more so.

Curry was introduced to Japan during the Meiji Era (1868), after Japan had reopened to the Western world, (largely credited to Commodore Matthew Perry). The British Navy brought the curry with them, most likely influenced by the Indians they governed. During the days of the Imperial Navy, curry became a staple on board the Japanese ships, each ship boasting their own recipe, establishing a tradition of Friday being curry day- still going strong. (In fact, the first Japanese curry I tasted was a gift to Rear Admiral C. Williams from a Japanese ship he’d visited). 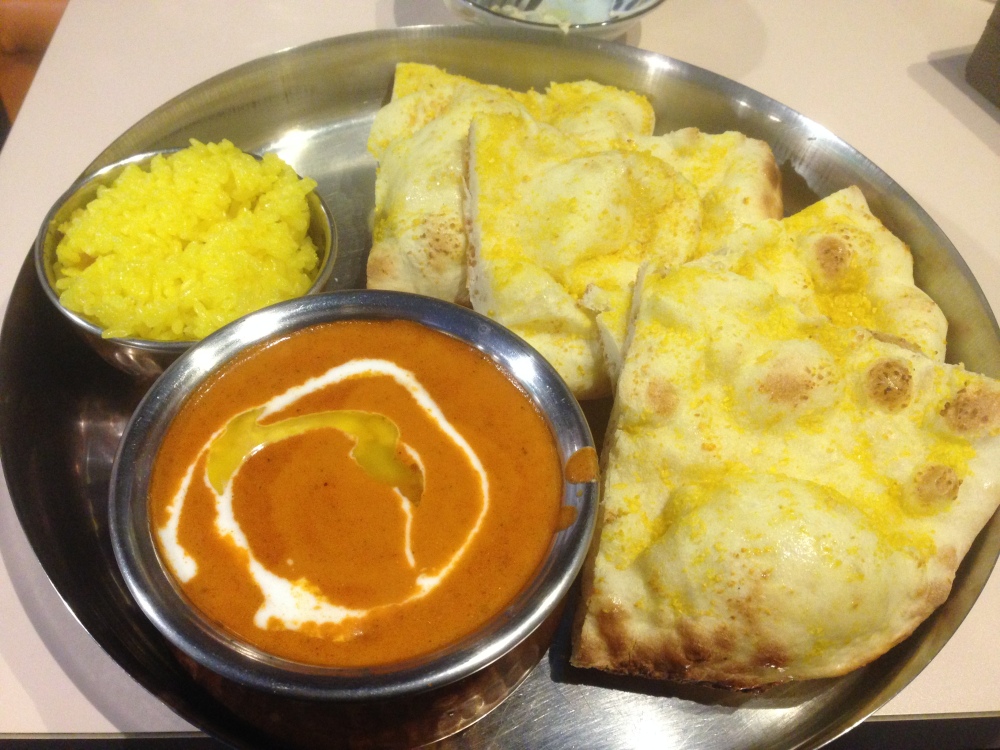 Japan is inundated with Indian and Thai curry shops.  (Oh the naan!) But as you’d imagine, Japanese curry is different from any other I’ve known- the one I’m most familiar with, Jamaican. It tends to be a golden brown to dark brown in color, served beside the white of the rice. It’s much milder than the others I’ve tasted, with less complex flavor. The gravy gives way to pork most commonly, but also beef and chicken, and often onions, potatoes, and carrots. I’ve heard stories of apples but I’ve never seen it here. More commonly they will include fukujinzuke, a vibrant red or pale brown pickled daikon pieces, and sweet piclked pearl onions. One of the Japanese fastfood curriy chains, Coco Ichiban, or Coco’s Curry, offers theirs at spice levels from 1 to 10 and usually have a bottle of honey standing by. 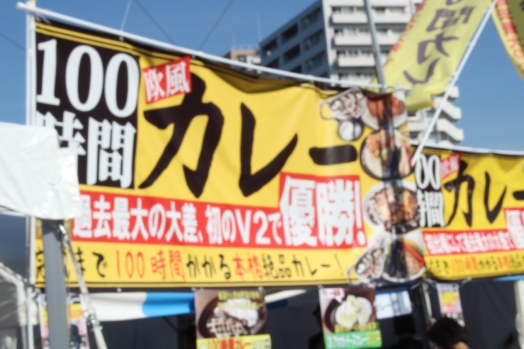 But more than their Friday curry tradition, Yokosuka, Japan appears to have an annual curry festival, where vendors- and explores- of all sorts of curries gather. I had to force myself away from my house activities to make sure I caught at least the final hour of the festival this weekend at Mikasa Park. There was rice cury, curry tempura, tuna curry, pork baked curry, curry ramen, tomato curry,, black pork curry, and Indian curry.

After making my initial rounds, the first line I jumped on was for the curry bread! So far in my Japanese experience, curry bread is vaguely reminiscent of the Jamaican patty. But this one was made from a dough that included rice, stuffed with beef and the fukujinzuke, and fried! But unfortunately, I wasn’t the first one on this line, and the only reason that this, once the longest line, had died down, was because the stall had run out of the curry bread! 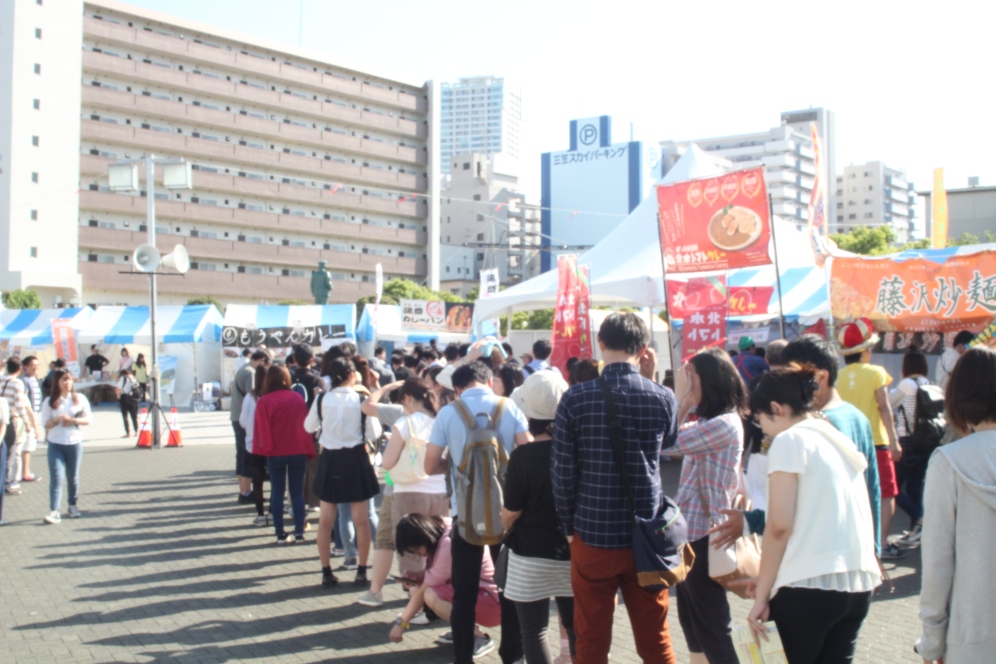 So I settled for the second largest line, which was probably due to their “closing offer”.  The beef curry that was offeing for 500 yen was now being sold for 100 yen packed tight with rice and a ladle of gravy with the classic pickle accoutrements. It wasn’t bad at all, especially not for 100 yen. As mentioned above, it was sweet and the beef was fairly tender. On my tasting resume, it was nearly as good as Japanes curry gets.

Do you know where to find the best Japanese curry? What does your curry look and taste like? Where does it come from?