I’ve told you plenty times now that I’ve got a thing for coffee. I owe it to my dad, who gave me my first cup- right out of the measuring cup, seemingly brewed with milk rather than water, loaded with sugar! Frappuccinos and matinee were a regular. When my mother lost me in the grocery store, I’d find my way through the coffee aisle, eyes closed, head to the ceiling, and nostrils wide, the rush of coffee wafting through my nose.

As I’ve grown though, my taste buds have matured. I actually enjoy the taste of coffee and typically drink it black now. Sure, in memory of my father, I appreciate a sweet and creamy cup, but I am of the belief you should be able to drink a cup black if you want, without pinching your nose; if you add cream and sugar, it shouldn’t be because it taste unpleasantly acidic or bitter.

Anyway, it was that roasty coffee aroma

that wrangled me into Cafe Continue the first time. It’s a coffee shop not too far from work and I pass it almost everyday on my way to or from. So I walked in warmly welcomed by Toshi Mori-san and the other local guests- oh and Buzz Lightyear, who rises with every opening of the door, waving the guests in. Toshi had a big smile on his face from which came the words, “Hello. Good morning!” as he held out his hand in offering me a seat. I returned the greeting “Ohayōgozaimasu!” which he was delighted to hear.

From behind the rounded wooden counter, he handed me a warmed towelette- o-shibori– and a menu. He appears to be sitting down with his guests, as the other side of the counter is lower so that he stands at eye level. His menu includes hot and iced coffee and all other drinks you’d expect to find in a cafe. (I don’t believe he offers tea though. I’ll double check.) He also offers some simple sandwiches and desserts- like grilled ham and cheese and cheesecake.

I like hanging out there. It gives me the chance to practice my Japanese, as he and I patiently help each other through conversations in both our languages. Mori, age 55, (shares a birthday with my brother in law) stands strong, having served coffee here in Yokosuka at Cafe Continue for 25 years! But he’s been serving coffee all his life. I asked him, “Why coffee?” He said he loves it. He first sipped this passion from his grandfather’s cup, his grandfather having also been in the business.

“Have you worked any where else before?” I asked.

He nods and tells me, “Yes, I’ve worked in Tokyo and Yokohama when I was younger.”

“Really? What kind of work did you do?”

Ha, this guy’s lived a life in coffee, and he gladly remains to share it with all who will come. He has gone to culinary school, though, he tells me- Hattori in Tokyo. I’m not sure the nature of his training though. Some of his favorites, probably more as a cook than a diner, is yaki-niku (Korean BBQ), and sushi, especially maguro (tuna) sashimi.

But back to the coffee. 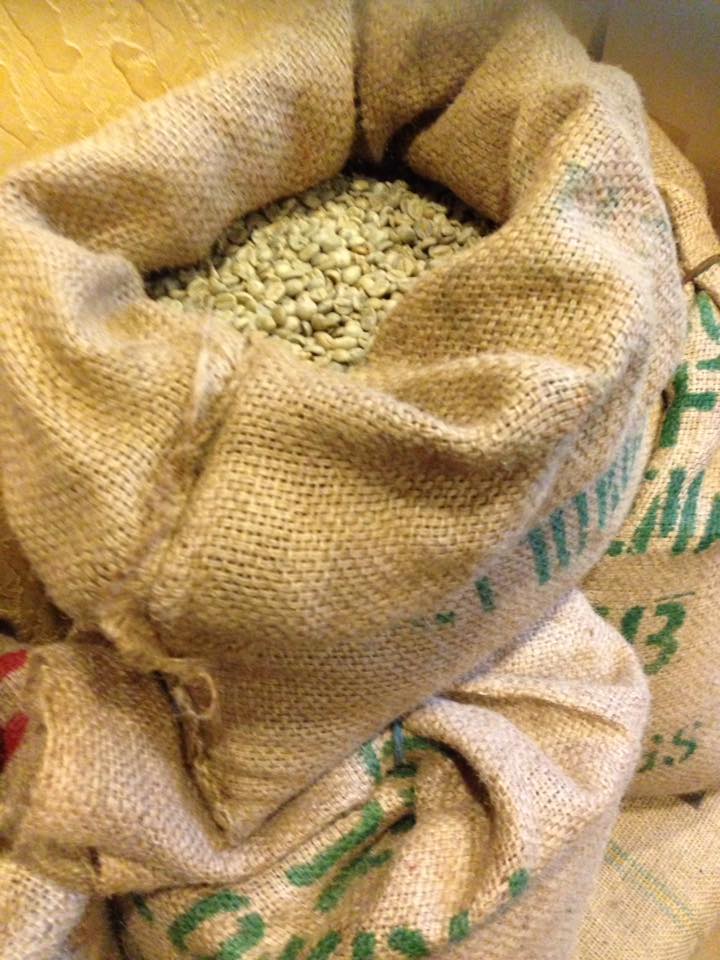 What makes a good cup? The answer, he says, is roast beans fresh daily and brew with fresh water. His method is drip coffee. He’s got some interesting distillation looking contraption that he uses for cold brews. The green coffee beans are sourced from a purveyor called World Coffee Beans. His selection includes Blue Mountain, and some Mandarin and Indonesian beans among others. His favorite are items 1 and 3 on the menu. I also like the Rum Chocolat! Not to sweet but warming to the body and soul. I’m looking forward to trying his coffee parfait, available as of tomorrow.

But check him out if you’re in the neighborhood- or #MyKinjo! See ya later. I think we’ll meet up again at Motsu Nabe Mise.