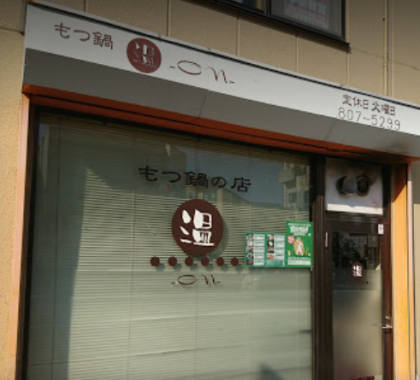 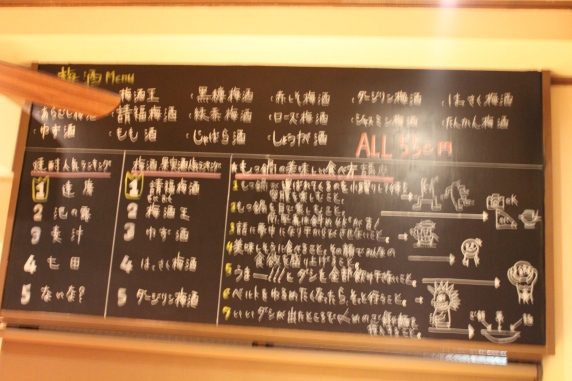 This will be fun! Thunderous laugher. The clinking of glasses. Window clinging steam. The rich aroma of dashi. All of this from within the small..”box” on the corner. All of this snatched my eyes, arrested my attention, and at first pumped my brakes on my bike ride home or on my way out for the evening. What in the world could this shop be serving that attracted such playful connections? In search of authentic Japanese experience I was always peering in the window. But I waited until there were fewer people so I didn’t feel like I was invading.

“Konbonwa!” I sheepishly returned the greeting, taking my seat at the counter. There was only one other customer to which I smiled and nodded. As is common here in Japan, I received the o-shibori, the warmed hand towel. Chopsticks were already resting in wait for use. 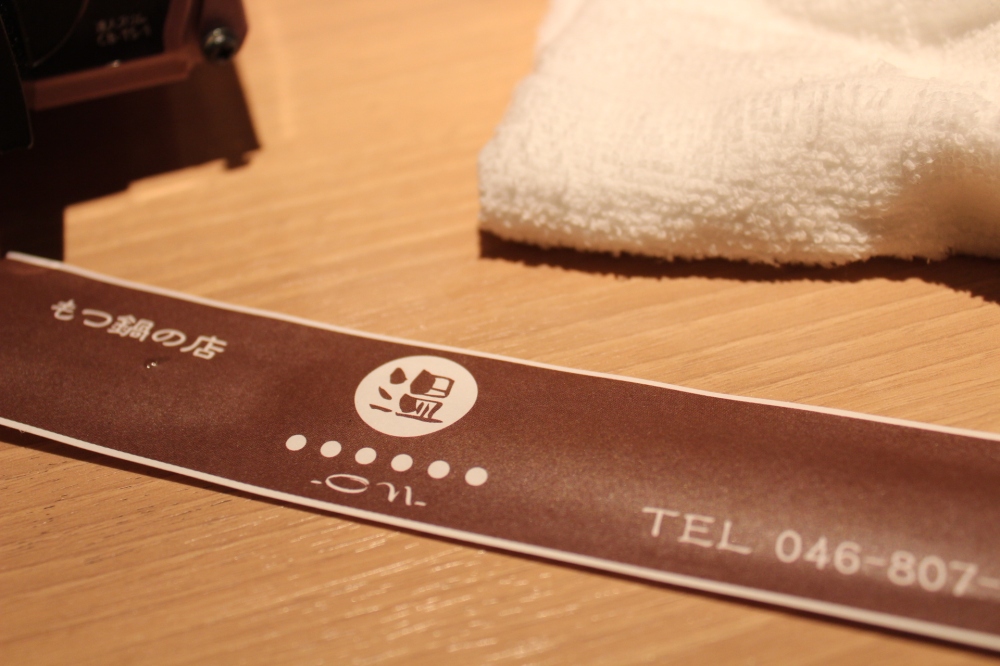 Next came the menu, now opened before me. I learned this wasn’t going to be easy, not only was the menu written in only Japanese characters, but there were no pictures either! And I might have  the shop owner, じょん(Jiyan- not John), beaten on who speaks more of the others language. But I did know the word osusume which I have be come very good friends with. It means recommendation, kinda giving him freedom to choose what to serve. The first time I tried this here, he hesitated., though. So I looked at the other guy at the counter, asked him if his food was good and said, “I’ll have what he’s having.” 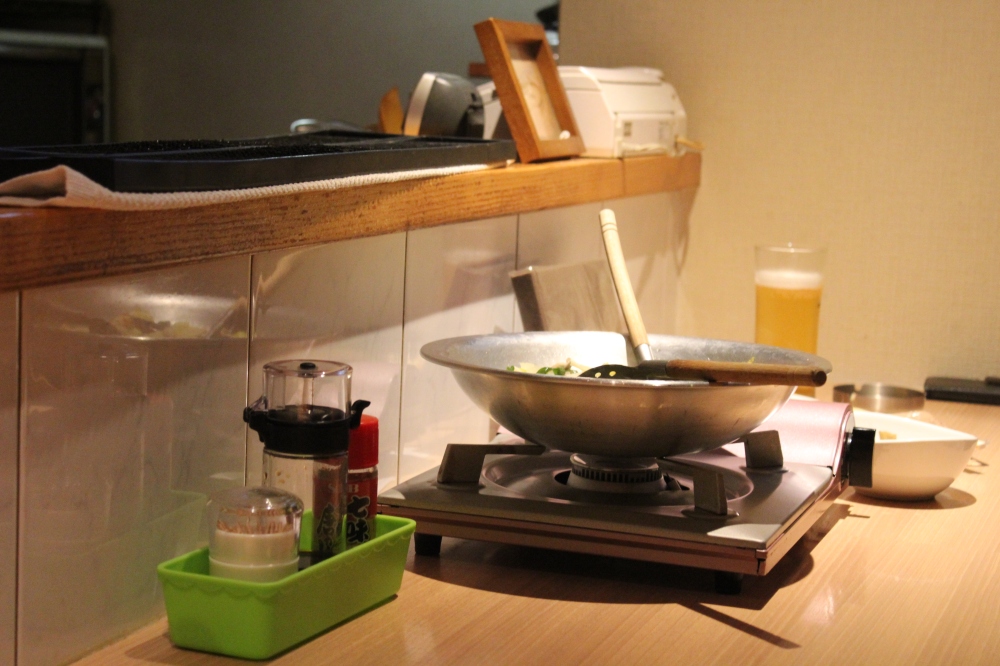 But what I didn’t know is that I was looking at the remnants of this guys dish. Mine came out, in a much larger chain of preparative events. First the burner, the serving bowl, then the NABE!! This metallic dome of a pot, piled high with chicken knees, cabbage, onions, garlic, mushrooms, and pepper. There were two spoons also, one perforated, both for submersing the foodstuffs in the hot broth at the bottom. It boiled down in not time. It was good simple food. The chicken was a bit chewy though. (Oh, yes, this is a motsunabe shop, meaning offal, or more bluntly guts. But cartilage isn’t so far over the edge.) 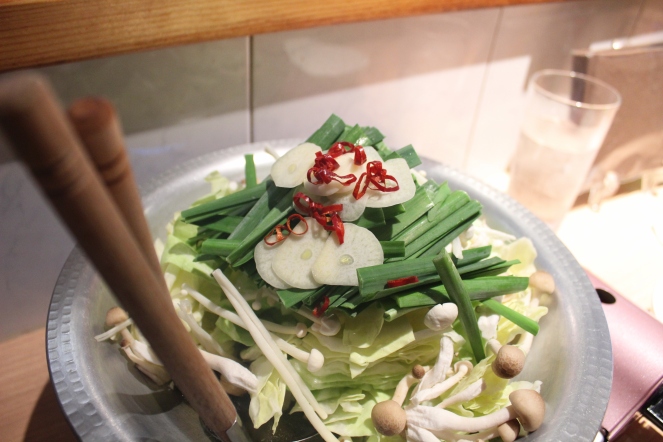 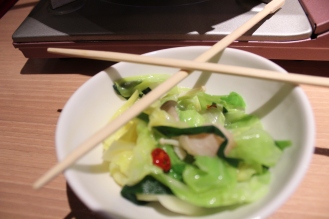 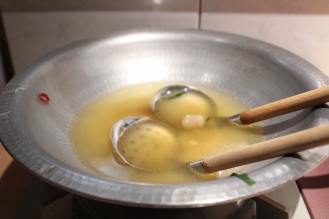 Besides, most people here aren’t coming because they’re hungry. They come for the fun that’s to be had, more often than not with the help of the vast bar selection. 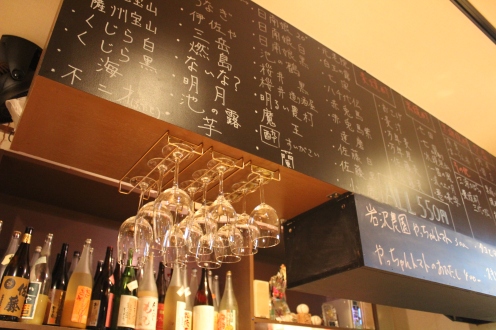 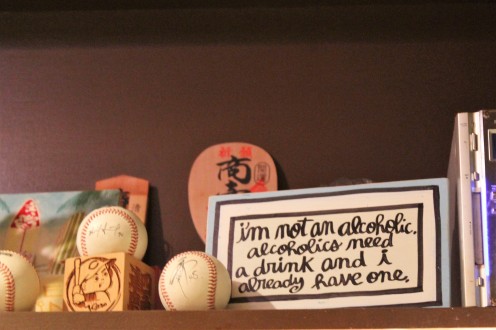 Right behind the bar, you’ll notice that Jiyan, a Yokosuka denizen, is a baseball fan- more specifically a Hiroshima Carps fan. He made sure I knew that they were  last years champions. The games bring the crowds in, and it is baseball season. Too hot for nabe? Possibly but there are so many other items on the menu, like gyoza, salad (sarada), and chicken karage. If you don’t speak Japanese, I recommend going with a friend that does, or at least get comfortable with the word osusume. 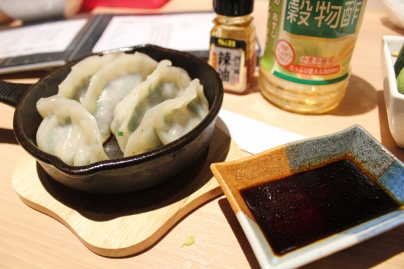 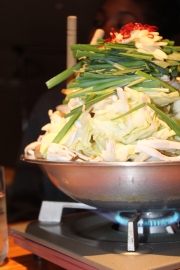 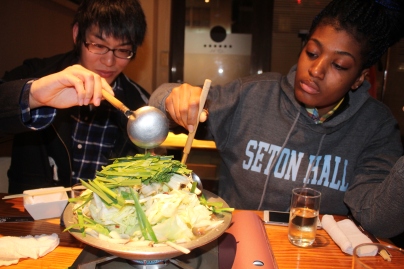 Jiyan’s been here 45 years he says (at least I think that’s what he said- in Japanese), and he doesn’t seem to be going anywhere. It’s a good time. Like many other Japanese shop owners, he’ll see you to the door inviting you back. 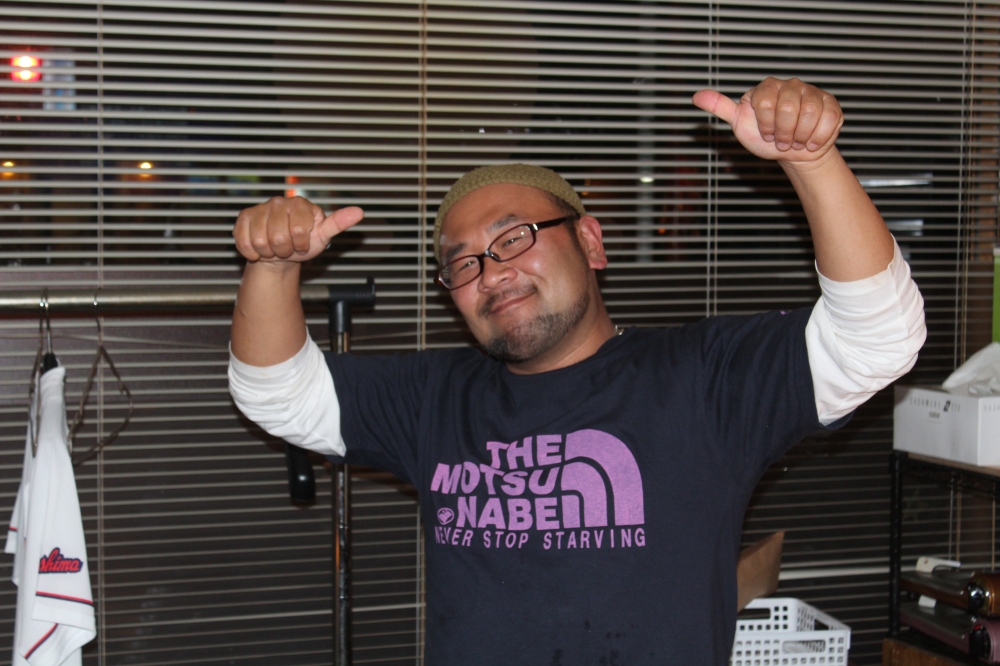 More shop info here. If you have any questions. Let me know, I ‘ll go ask? Any suggestions where I should go next? Let me know in the comments below!