The problem with basing a series on a mood or craving is that moods and cravings change. I’m no longer very much in the mood for a burger. So we’ll show Tsunami some love and move on. 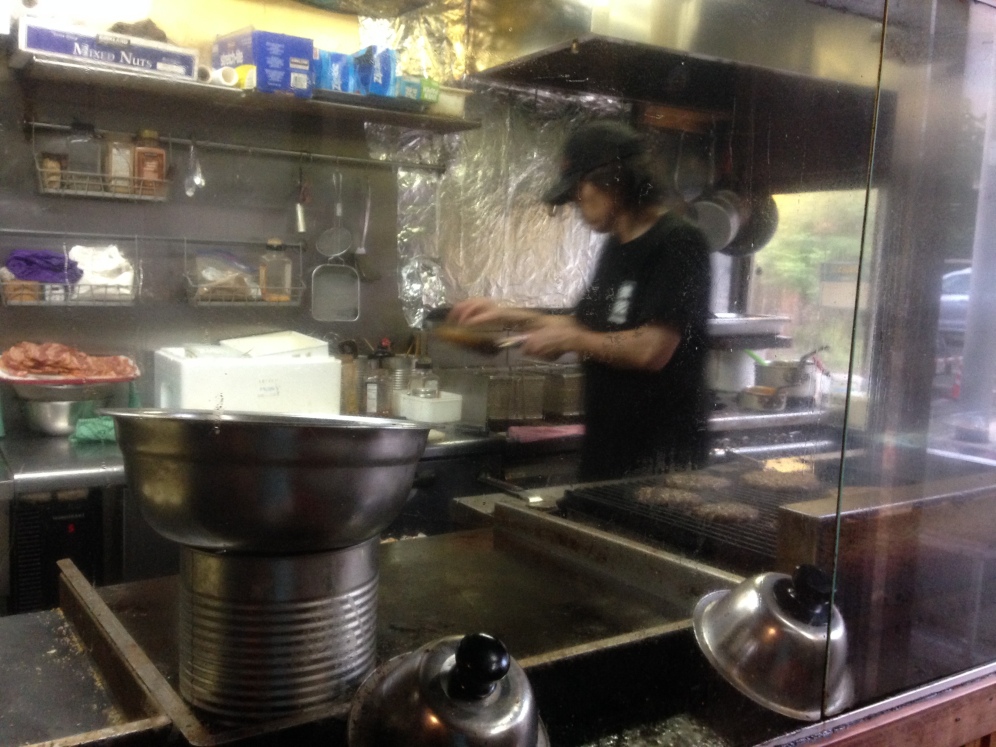 Of the Yokosuka Navy burgers I’ve tasted, all local to the Yokosuka Naval Base, it’s fair to say Tsunami was the best of them all. With a monstrous display outside, including a picture of patties on top of patties, eventually topped with a sesame seed lid.

One thing you’ll notice approaching Tsunami is that many others, especially the Japanese, have noticed it also. There’s always a line outside! I went on a Sunday, late afternoon however and the line wasn’t so bad.

It was a little tight in side, tables being shifted to allow incoming customers to be seated. A look at the menu and up into the rafters and around the walls reminds you that Tsunami exists for more than burgers. 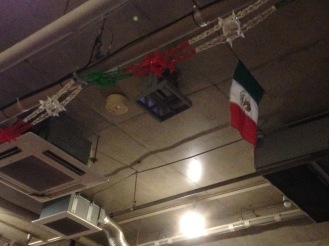 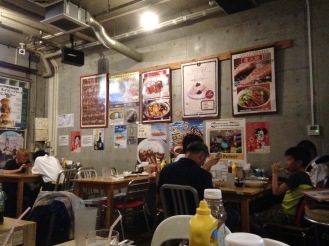 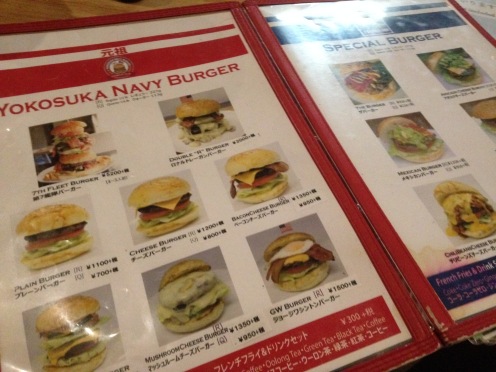 Sitting down, I noticed the not-so-common-to-Japan offering of Heinz tomato ketchup and French’s mustard in their jumbo sized bottles. The definition of the Yokosuka Navy burger requires that ketchup and mustard are provided but there’s something American about the (not-so-American) names Heinz and French. (It was kinda fun watching the Japanese people work through the phonetics to figure out the exotic sauces on the table in the same manner that I stumble through the Japanese characters.) 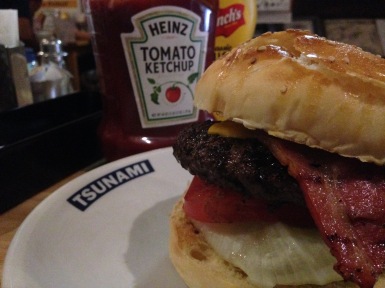 But of course, what matters most is the arrival of the burger, especially when you’re watching those at the neighboring tables marveling and attacking theirs. When mine arrived, so did my smile. The bun was pleasantly warm and toasty inside and out. The burger was seasoned, probably with a Montreal blend (rather than just salt and pepper which I think might disqualify this as a Yokosuka Navy burger…shh). The patty could’ve benefited from a greater ratio of fat to lean meat, but there was just enough lettuce and tomato and a shmear of mayo. The cheese was nicely melted. And my! THE BACON! Still not quite what I’m used to in the states but this was the best bacon I’ve had since being in Japan. Thick cut. Crispy. A bit salty. Whew!

What more must I say? I was happy.